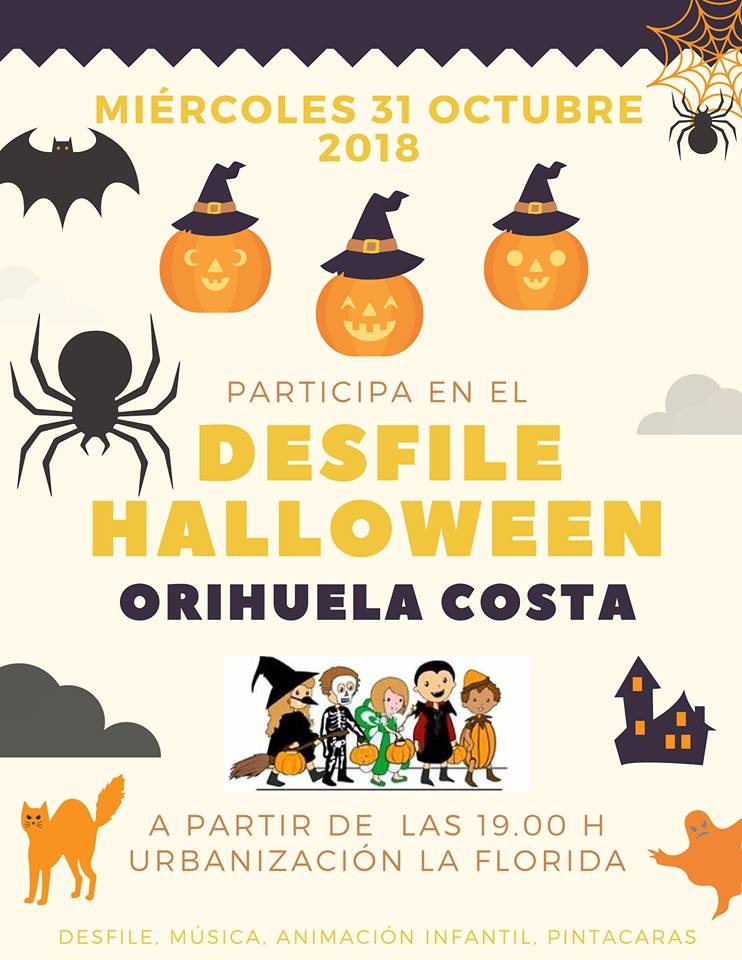 Although the Ayuntamiento still have to release details of the event we do know that the Orihuela Costa will host a Halloween Parade through the streets of La Florida on Wednesday 31st which it is hoped will attract hundreds of children in fancy dress. Once again the parade is the initiative of Las Filipinas Residents Association led by Francisco Morales, the president of the group. Francisco said that “In a multicultural area like this, we thought that it was important to doing something for the children. We held a successful parade last year and we hope that on Wednesday night it will be even bigger and better.” In addition to the Association of Residents of Las Filipinas, the parade also has the support and collaboration of CEIPs Playas de Orihuela, Romualdo Ballester of Torrevieja, Sunrise of Torrevieja and Los Dolses and the IES Playa Flamenca, as well at the Orihuela Department of Youth that is arranging police presence and road closures.

It is hoped that many of the children in the parade will be in fancy dress.  There will be a variety of additional activities including music, song and dance, children’s animation, inflatables, and face painting for the smaller youngsters. Youth Councilor, Mar Ezcurra, also promised lots of other surprises. The parade will take place through the streets of the La Florida Urbanisation from 7 pm on Wednesday starting behind the Abbey Tavern. To celebrate Haloween in Torrevieja, zombies have been invading the Habaneras shopping centre where they were taking hostages. There was also a series of horror films ‘Torrerífico’, held at the Virgen del Carmen Cultural Centre.

calle Manuel de Falla, centro comercial la rioja, 12
966764095 ó 620 13 69 95
+34 658990531
info@oceanside.com.es
This website uses cookies to improve the browsing experience and to collect related statistical information. By clicking on I Accept, you are giving your consent for the use of this technology and can disable this option from your browser at any time.
I accept Reject More Information